Home Blog The Psychology of Overspending 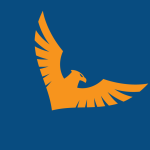 Most of us have had experiences of a situation where one has spent money on things that we did not need and the spent was big enough to pinch us. I remember walking into a big toy store with my 3 year old to purchase play dough and colouring books and ended up buying additional, expensive activity boxes that had to be stacked away for several months before they were put to use. It was an impulsive purchase with the thought that it will make the child happy, learning and busy. It pinched because not only did it cost money, the end objective of the purchase was not met immediately. Later, I also discovered age- appropriate learning material on internet and at the neighbourhood market using which I could have prepared an assorted box myself that could have served the purpose. Apart from need, another important yardstick to understand over spending is to compare it with income and wealth. What is perceived as overspending by one person could be normal spending activity by another person based on income and wealth criteria.

Based on spending behaviour, an average middle class Indian may fall into two categories, one where overspending is a one-off miscalculation and another where it is a series of regular, impulse driven behaviour that makes one fall in and out of debts frequently or makes one sink deep into indebtedness. Understanding the psychology of overspending is therefore important in order to improve financial decision-making, build financial literacy and ultimately, address the issue of debt.

Theories of Overspending and Prevalent Practices

Casey Bond in his article explains bad spending decisions through the lens of 5 psychological theories. The first one is termed as Delayed Reward Discounting by psychologist Carla Marie Manly referring to the thought process where ‘people prefer smaller, more immediate rewards and are not willing to pause and consider the related risks as opposed to larger, yet delayed rewards’. The second one is the Scarcity Principle which Vassilis Dalakas, a professor of marketing explains as the pressure we feel as consumers to buy things that are likely to be less available in future. The third one is called Sunk Cost Fallacy and is developed from the concept of sunk cost in economics referring to any past expense that has already been incurred and cannot be recovered. In decision-making pertaining to our daily lives however, we might be willing to pay for variety of gym or club membership fee despite not availing any benefits, due to the mistaken belief that the initial membership fee should not be wasted. Bond identifies the fourth psychological reason responsible for overspending behaviour as Anchoring which according to Dalakas happens when consumers are fixated on a price point to make decisions related to purchases. Dalakas cites the example where consumers focus on initial price of an item on sale and what they’d save in the discounted offer but do not give a thought whether the item is worth even the discounted price. The last one is the theory of Social Facilitation according to which ‘presence of other people pushes you to achieve better results’ but it might be detrimental in financial decision-making. Bond cites the example of Auctions where many people seek to own a listed item and are heavily prone to making irrational decisions.

As an Indian, you may agree that cultural specificities also determine our spending behaviour. A noted norm across most castes and classes is maintenance of social hierarchies between families related by marriage through the ‘tradition of gifting’ on various occasions and festivals. It is an unspelt obligation of the married woman’s paternal family towards the family she’s married into. The cost incurred by girl’s family during marriage and maintenance of the tradition of gifting’ is a major resource drain for many families. A better way to bless a newlywed could be to help them build an asset instead of organising/asking for opulent marriage celebrations. Similarly, there can be authentic respect and regard between families without getting into the ‘tradition of gifting’ that may get reduced to one upmanship.

A widely prevalent practice in India is concerning investment in higher education of children and during the present pandemic when there have been layoffs and pay cut, loans for purpose of education have destabilised many households. While this may not necessarily be an overspent, it is financially prudent for parents to begin building a resource pool for the purpose at an early stage. For example, if the investment horizon is 10 years, investment in equity oriented mutual fund is a good option and as one reaches closer to the 10th year one could redeem and re-invest the amount in a low/no risk product to secure the fund. For girl child, Sukanya Samridhi Yojana is a good small savings investment for investors with low risk appetite.

Yet another trigger for financial decision-making pertains to competitiveness to be at par with others who might have purchased big movable or immovable assets or even a small piece of furniture. This is an unwise way to relate with money. As Deborah Fowles rightly shares in her article, ‘One’s worth as a person has nothing to do with how much money you have’. Uma Shashikant, Chairman, Centre for Investment Education and Learning, gets to the core of the issue succinctly when she says that one should not get a sense of power from spending, rather, ‘power comes from knowing that we can move up the hierarchy of choices easily but we can also settle lower if we wish’.

To improve one’s financial decision-making, several practical steps are suggested by these writers such as:

Once we begin to understand the psychology of overspending and reflect on how we take financial decisions and act with clarity and purpose, we will be safe to steer clear of debt situations that take a toll on our professional and personal lives.

Previous Post What is Credit Worthiness?
Next Post Personal Finance Habits to Inculcate for a Debt-free living

*Please note that clients who are able to stay in the program and get their debts settled realize approximate savings of 50% or 35% including our fees. All claims are estimates and are based on the enrolled debts and the program tenure. Not all clients are able to complete their program for various reasons, including their ability to keep up with the program payments and save sufficient funds. Not all debts are eligible for enrollment in the Debt Settlement program. There is no guarantee that your debts would be resolved within a specific period of time or they would be lowered by a specific amount or percentage. We do not assume your debts, make monthly payments to your creditors or provide tax, accounting or legal advice. Please read and understand all program details prior to enrollment. Enrolling in Debt Settlement services will have an adverse impact on your credit rating and may result in you being subjected to aggressive collection measures or even being sued by creditors. The accounts you enroll may continue to accrue fees and interest, however, negotiated settlements that we obtain on your behalf would resolve the entire account balance, including accrued fees and interest.

Find The Perfect Debt Settlement Solution, Tailor Made For You!

By clicking “Request a Callback”, you agree that FREED may contact you, using the information you provide, by phone, text/SMS messages, email or mail, even if you are listed on any Do-Not-Call list. Text messaging and carrier rates may apply. You also agree to our Privacy Policy.

With FREED Debt Settlement Program, you can enrol debts which are not backed by a collatoral or guarantee.